Situated in the centre of northern Laos, LuangPrabang is classified as a UNESCO World Heritage Site for its outstanding cultural, historic and architectural values and its harmonious relationship between the natural and built environment. In the 14th century, the King Fa Ngum founded the first Lao Kingdom, Lane Xang, here in LuangPrabang. LuangPrabang remained the capital of Lane Xang until 1565 when the capital was moved to Vientiane. It remained to serve as the country’s spiritual and religious centre.

Visitors to LuangPrabang are charmed by the friendly atmosphere of this small town. The town itself offers several unique insights into the history of the region, through excellently preserved Buddhist temples, museum and a variety of Lao, Tai-Lue, Burmese, Chinese and Tai architecture at the Night Market. LuangPrabang sells a large variety of traditional goods. The town is famous for its unique textiles and beautiful mulberry paper. Famous foods in LuangPrabang are ‘Aur Lam’ (a thick stew made with the forsted herb), ‘Sakhan’, (meat and eggplants), ‘Jaew Bong’, (a sauce made with hot chillies and buffalo skin) and ‘khai Pan’ (dried river weed lightly fried with sesame seeds and garlic).

Some of the most visited sites in LuangPrabang Town are Wat Xieng Thong, Mount Phou Si, Wat Visounnarath, (the former Royal Palace) and Wat Manolom. Equally beautiful are the lesser known temples across the Mekong River in Chomphet District. You can take a 1.5 hour walk through the hills and forest opposite the main town to explore the old temple sites and peaceful environment. Just outside of the main town are the beautiful Tad Kwang Si Waterfall, Tham Ting Caves, Ban Xang Hai Village and the tiered waterfall Tad Sae. Further out is MuangNgoi Kao, a quiet village located on the banks of the Nam Ou River surrounded by high karst mountains and sheer limestone cliffs. You can visit these sites on your own or use the services of one of the many tour operators based in town. 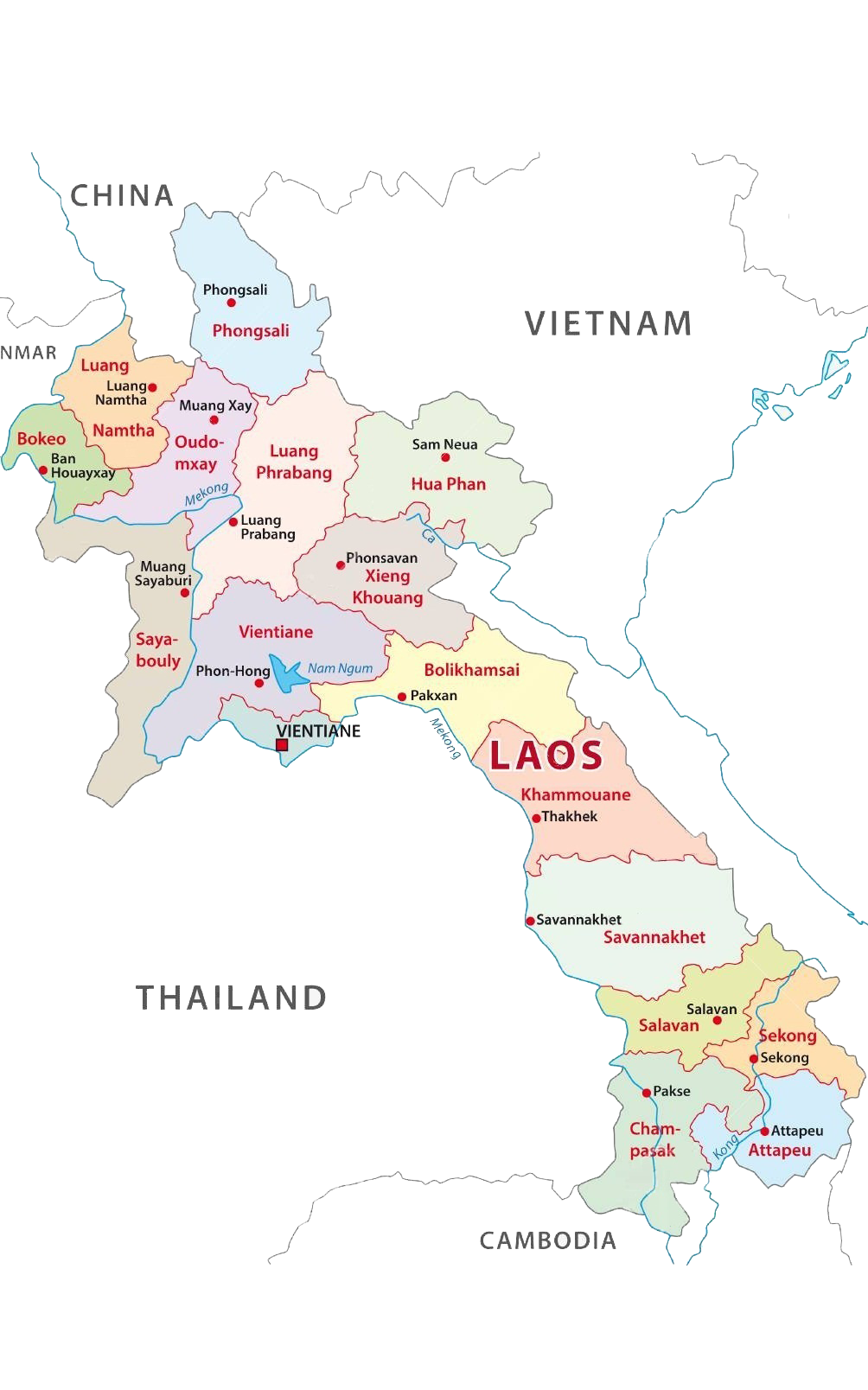 Laos, officially the Lao People's Democratic Republic is a socialist state and the only...

To help you with inspiration for your trip to this mysterious country, we’re listing our...

Laos food is vibrant, colorful, packed with herbs and chilies, and the combinations of...

Shopping in Vientiane (Laos) is of the most exciting wander-trips for many travelers visiting the... 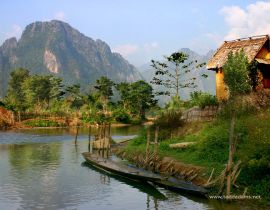 The caves and waterfalls in Laos are unlike any others in the world. The flowing water at the... 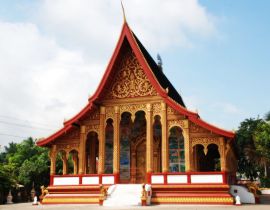 The ancient town of Luang Prabang situated in northern Laos, was designated a UNESCO World...