Ha Tinh province is located in the northern part of central Vietnam, about 340 km south of Hanoi, facing Nghe An Province to the north, Quang Bình Province to the south, Laos to the west, and the Eastern Sea to the east.

Locating at the east of Truong Son Mountain Range, Ha Tinh's terrain is both narrow and sloping, tilting towards the east. To the west is a high mountain range (with average height of 1,500m), following with a range of hills, small and narrow elongated plain and coastal sandy banks. Mountainous terrain accounts for 80% of the province's natural area that is sharply differentiated and divided, forming deferent ecological areas. There are 14 rivers such as Ngan Pho, Ngan Sau, Cay. The coastline is 137km in length which is suitable for making salt, rearing shellfish such as shrimps, crabs, oysters, snails...

Ha Tinh belongs to the tropical monsoon area. The annual average temperature is 23.7oC. There are two clear seasons: rainy and dry season. Raining season lasts from August to November. Dry season is from December to July next year. The weather is dry, hot and highly vaporizing West - Southern wind (blowing from Laos).

Ha Tinh has 130 km of Highway 1A stretching from Ben Thuy Bridge (Vinh City) to Deo Ngang Pass linking Ha Tinh and Quang Binh. Ho Chi Minh Route is the second most important of the province. Besides, Ha Tinh enjoys Road 8 which runs from Hong Linh town to Laos and Viet-Lao highway from Vung Ang Harbour (Ky Anh dist.) to Laos. In 2007, a railway link to Laos was proposed from Ha Tinh province. 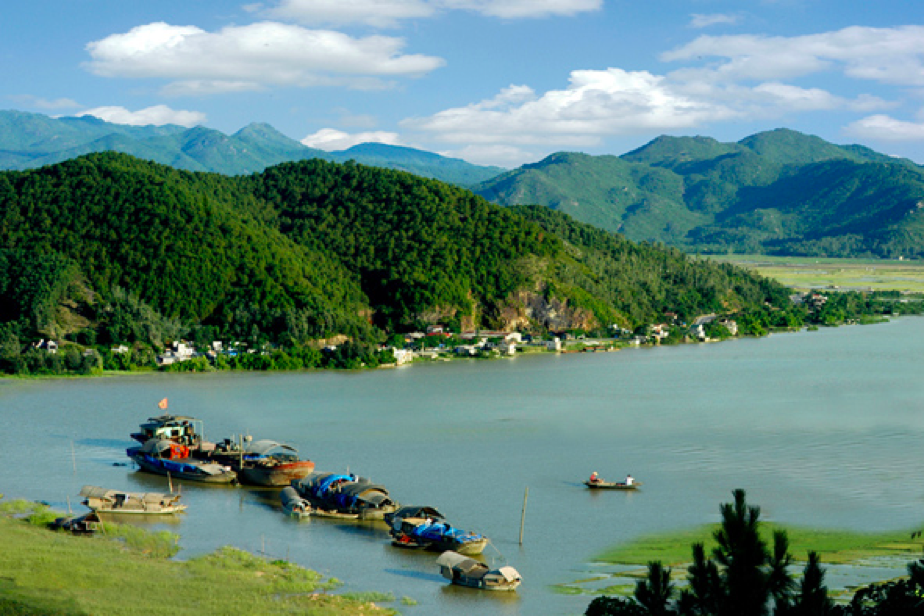