Situated on Red River Delta, Nam Dinh is contiguous to Ha Nam, Thai Binh provinces on the north, Ninh Binh Province on the west and the East Sea on the east. Endowed with pristine 74km long seaside, Nam Dinh has great potential to develop the economy of fishing and water tourism. Actually, the economy of Nam Dinh province is determined mainly by agricultural. Therefore, Nam Dinh is one of the key agricultural regions in the North of Vietnam.

The main topography of Nam Dinh is hollow delta, coastal delta and sand banks. There are three big river systems which are Red River, Day River and Ninh Co River and other small rivers, which makes the water transportation being developed. The plain road and railway systems are also quite developed. The soil is quite rich and fertilizing which is advantaged in developing agriculture. There are five river mouths along the sea coast. There are two big ports which are Nam Dinh river port and Hai Thinh sea port.

The climate of Nam Dinh is characterized by a hot wet rainy season, which is typical of the Red River Delta. The weather is influenced by four seasons (spring, summer, autumn, winter). The summer is hot with high rainfall and the winter is cold with low rainfall. The annual mean temperature ranges from 23°C to 24°C. In winter the mean temperature ranges from 16°C to 17°C; the coldest months are January and February. The mean summer temperature is between 26°C and 28°C, with the hottest months being July and August. From November to April rainfall is very low, with some months having almost no rain at all.

Come to Thanh Nam (another name of Nam Dinh Province), you will touch the native land of the Tran Kings and National Hero Tran Hung Dao who defeated three Mongol invasions between 1225 and 1400. Up to now, Tran Royal Remains on Tuc Mac Village have been the huge pride of Nam Dinh people. Some of the remains are Thien Truong and Co Trach Temples, Pho Minh Pagoda and Tower. Tran Temple Festival is held annually on the death anniversary of General Tran Hung Dao at the historical site of tran Dynasty in Nam Dinh City. Moreover, Nam Dinh province is also well-known for Phu Day Remains in Vu Ban District. These remains comprise Tien Huong Temple, Van Cat Temple and Goddess Lieu Hanh’s Tomb. Tourists can witness Phu Day Festival on 3rd of the 3rd lunar month. Located in the Red River Delta, Nam Dinh has a long tradition culture. This cultural treasure is derived from the lives of residents, was developed in various forms and activities such as folk songs, writing, water puppetry, song festivals. Significantly, Nam Dinh is favorite destination for those who are fond of ecological tourism. Take a visit to Xuan Thuy National Park; tourists can observe plenty of special birds, 9 kinds of which are listed in the World Red Book. This park is a gathering place for tens of thousands of birds migrating from the North every year from November to April. Besides that, tourists will be offered chances to admire varieties of orchids, camellias and roses in Vi Khe Ornamental Plant Village as well as swimming in Thinh Long Beach. 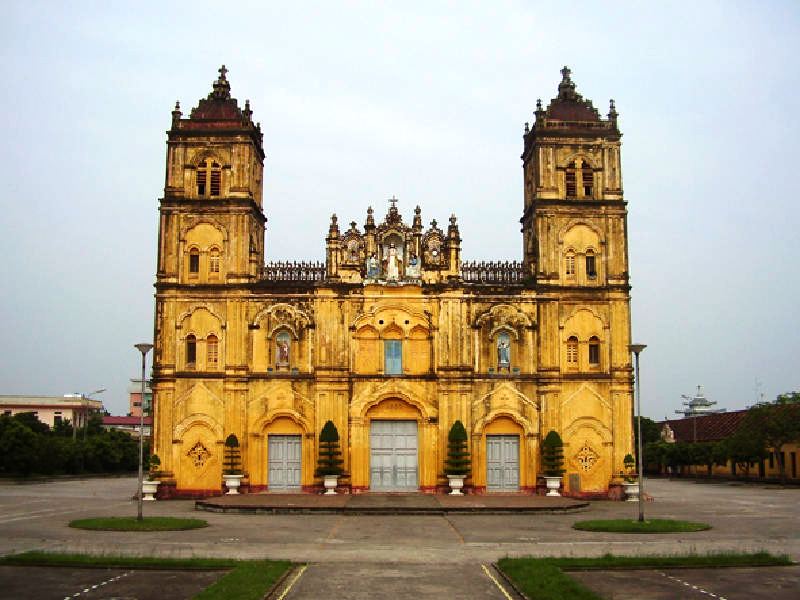