Vietnam, officially named the Socialist Republic of Vietnam, is the easternmost country on the Indochina Peninsula in Southeast Asia. It is bordered by China on the north, Laos on the northwest, Cambodia on the southwest, and the South China Sea on the east. With a population of nearly 90 million people, Vietnam is the 13th most populous country in the world

- National Flag​: The National Flag of the Socialist Republic of Vietnam is rectangular in shape, its width is equal to two thirds of its length, in the middle of fresh red background is a bright five-pointed golden star.

- Geographical location: Located in Southeast Asia, bordering People’s Republic of China to the North; Laos and Cambodia to the West; and Eastern Sea to the East.

-Electrical Plugs: In most places you will find European Appliances 220V 50Hz

​​​​Vietnam (Việt Nam), officially named the Socialist Republic of Vietnam, is the easternmost country on the Indochina Peninsula in Southeast Asia. It is bordered by China on the north, Laos on the northwest, Cambodia on the southwest, and the South China Sea on the east. With a population of nearly 90 million people, Vietnam is the 13th most populous country in the world. Vietnam, officially the Socialist Republic of Vietnam, is the easternmost country on the Indochinese Peninsula. The country is a strip of land shaped like the letter “S”, divided into 63 provinces and cities. China borders it to the north, Laos and Cambodia to the west, the East Sea to the east and the Pacific Ocean to the east and south.

Vietnam was under Chinese rule until 938AD, and was later occupied by France. Since 1975 Vietnam has been a unified independent nation with economic growth among the highest in the world, and according to Citigroup, this ambitious growth is set to continue. Vietnam has the highest Global Growth Generators Index among 11 major economies.

Travel to this destination is also growing with niche tours such as cycling and gourmet themed trips building popularity. Vietnamese food is famed around the world for its freshness and delectability, while the bold landscapes and beach – peppered coastlines are a magnet for all manner of tourists.

With its stable politics, strong economy and diverse culture, Vietnam is a wonderful destination for tourists and corporate event planners alike.

If you are foreigner tourists, you know Vietnam related to delicious foods ( Pho, Banh Mi, etc) or spectacular spots ( Halong Bay, Son Doong Cave, etc). Howerver, you don’t know anything about S- shaped country called Vietnam. In order to help all travelers understand more about beloved country, we would like to show you about the general information about Vietnam as follows:

Vietnam is located on the eastern seaboard of the Indochina peninsula, sharing common borders with China in the north, and Laos and Cambodia in the west. To the east and south lies the South China Sea, which the Vietnamese call the East Sea. Mountains and hills cover four fifths of Vietnam's territory with the Truong Son range stretching over 1,400 km. Mount Fansipan (3,142m) is the highest peak on mainland Southeast Asia.

The most populated areas in Vietnam are the Red River Delta and the Mekong Delta, which form around Vietnam's two largest rivers. Vietnam's 3,444 km coastline features beautiful beaches like Tra Co, Lang Co, Nha Trang, Vung Tau, and Ha Tien. National parks include Ba Vi, Cat Ba, and Cuc Phuong in the north, Ke Bang, Bach Ma in the center, and Cat Tien in the south.

Vietnam's climate varies a great deal from north to south. Northern Vietnam has four distinct seasons: spring, summer, autumn and winter. In the north, summers are hot, while winters are cool and misty. Southern Vietnam is hot year-round, with temperatures typically varying by just three degrees Celcius. Tropical monsoons occur from May to October in the north and south, and from September to January in the center.

Vietnam's history can roughly be divided into the following periods:

Vietnam has 64 provinces, including five municipalities (Hanoi, Ho Chi Minh City, Haiphong, Can Tho, and Danang). Major spiritual influences in Vietnam include Buddhism, Taoism, Confucianism, and native religions (Ancestor, Mother Goddess Worship). Christianity arrived in the late 18th century and now has the second largest religious following, after Buddhism. Other religions practiced include Islam and Cao Dai, with higher concentrations in the South.

More than 80% of the population speak Vietnamese (or Kinh), the national language. Ethnic minorities have native languages. Three scripts have influenced Vietnam's history:

Government offices and museums open early, around 8am, and close between 4pm and 5pm. Avoid doing business from 11.30am to 2pm, when many people are either at lunch or napping.

Tourism is an important element of economic activity in the country, contributing 7.5% of the gross domestic product. Vietnam welcomed over 12.9 million visitors in 2017, an increase of 29.1% over the previous year, making it one of the fastest growing tourist destinations in recent years. The vast majority of visitors in 2017, 9.7 million, came from Asia. China (4 million), South Korea (2.6 million) and Japan (798,119) made up half of all international arrivals in 2017. Vietnam also attracts large numbers of visitors from Europe with almost 1.9 million visitors in 2017. Russia (574,164) and the United Kingdom (283,537), followed closely by France (255,396) and Germany (199,872) were the largest source of international arrivals from Europe. Other significant international arrivals by nationality include the United States (614,117) and Australia (370,438).

The most visited destinations in Vietnam are Ho Chi Minh City with 5.8 million international arrivals, followed by Hanoi with 4.6 million and Hạ Long, including Hạ Long Bay with 4.4 million arrivals. All three are ranked in the top 100 most visited cities in the world. Vietnam is home to eight UNESCO World Heritage Sites in Southeast Asia. In 2018, Travel + Leisure ranked Hội An as one of the world's top 15 best destinations to visit.

As the country is located within the Indomalayan realm, Vietnam is one of twenty-five countries considered to possess a uniquely high level of biodiversity. This was noted in the country's National Environmental Condition Report in 2005. It is ranked 16th worldwide in biological diversity, being home to approximately 16% of the world's species. 15,986 species of flora have been identified in the country, of which 10% are endemic. Vietnam's fauna includes: 307 nematode species, 200 oligochaeta, 145 acarina, 113 springtails, 7,750 insects, 260 reptiles, and 120 amphibians. 840 birds and 310 mammals are found in Vietnam, of which 100 birds and 78 mammals are endemic. Vietnam has two World Natural Heritage Sites, the Hạ Long Bay and Phong Nha-Kẻ Bàng National Park together with nine biosphere reserves including: Cần Giờ Mangrove Forest, Cát Tiên, Cát Bà, Kiên Giang, the Red River Delta, Mekong Delta, Western Nghệ An, Cà Mau and Cu Lao Cham Marine Park. Vietnam is also home to 1,438 species of freshwater microalgae, constituting 9.6% of all microalgae species, as well as 794 aquatic invertebrates and 2,458 species of sea fish. In recent years, 13 genera, 222 species, and 30 taxa of flora have been newly described in Vietnam. Six new mammal species, including the saola, giant muntjac and Tonkin snub-nosed monkey have also been discovered, along with one new bird species, the endangered Edwards's pheasant. In the late 1980s, a small population of Javan rhinoceros was found in Cát Tiên National Park. However, the last individual of the species in Vietnam was reportedly shot in 2010. In agricultural genetic diversity, Vietnam is one of the world's twelve original cultivar centres. The Vietnam National Cultivar Gene Bank preserves 12,300 cultivars of 115 species. The Vietnamese government spent US$49.07 million on the preservation of biodiversity in 2004 alone and has established 126 conservation areas, including 30 national parks.

Telecommunications services in Vietnam are wholly provided by the Vietnam Post and Telecommunications General Corporation (now the VNPT Group) which is a state-owned company. The VNPT retained its monopoly until 1986. The telecom sector was reformed in 1995 when the Vietnamese government began to implement a competitive policy with the creation of two domestic telecommunication companies, the Military Electronic and Telecommunication Company (Viettel, which is wholly owned by the Vietnamese Ministry of Defence) and the Saigon Post and Telecommunication Company (SPT or SaigonPostel), with 18% of it owned by VNPT. VNPT's monopoly was finally ended by the government in 2003 with the issuance of a decree. By 2012, the top three telecom operators in Vietnam were Viettel, Vinaphone and MobiFone. The remaining companies included: EVNTelecom, Vietnammobile and S-Fone. With the shift towards a more market-orientated economy, Vietnam's telecommunications market is continuously being reformed to attract foreign investment, which includes the supply of services and the establishment of nationwide telecom infrastructure.

Internet Internet access is available in all but the most remote towns. Internet cafes are available in most tourist spots and rates are fairly cheap, ranging from 2,000-10,000 dong per hour. Connection speeds are high, especially in the big cities. Many hotels and restaurants provide free Wi-Fi or terminals for their guests. If you bring your own phone and/or laptop, several providers offer mobile internet services (EDGE/3G) services as well. Although basic Internet services had existed in Vietnam since the early nineties, the first commercial Internet Service Provider (ISP) opened for business in 1997. Since 1997 Vietnam has been connected by two gateways: one in Hanoi which connects with Hong Kong and Australia, and the other in Ho Chi Minh City, which connects with the United States by Sprint.

Vietnam ranks 16th in the world in terms of number of internet users, far above any of its neighboring SE Asian nations. 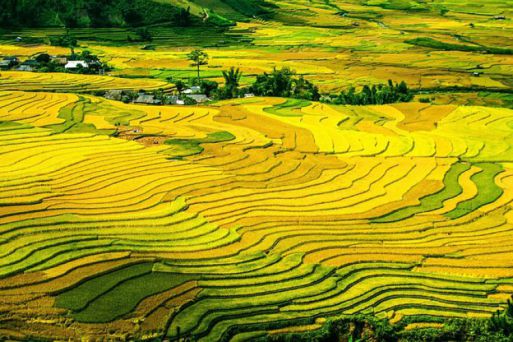 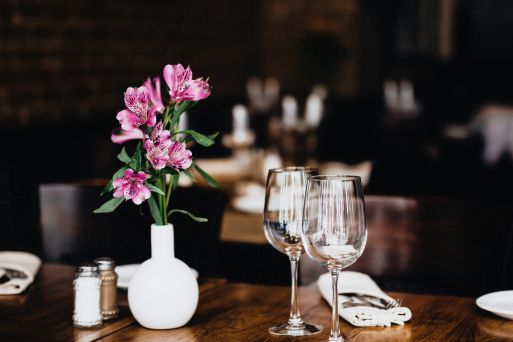 Indulge in the Street Food